BRASH, OUTRAGEOUS AND FREE – MORRISSEY AT THE ROYAL ALBERT HALL 2002

By Dickie Felton17 September 2022No Comments 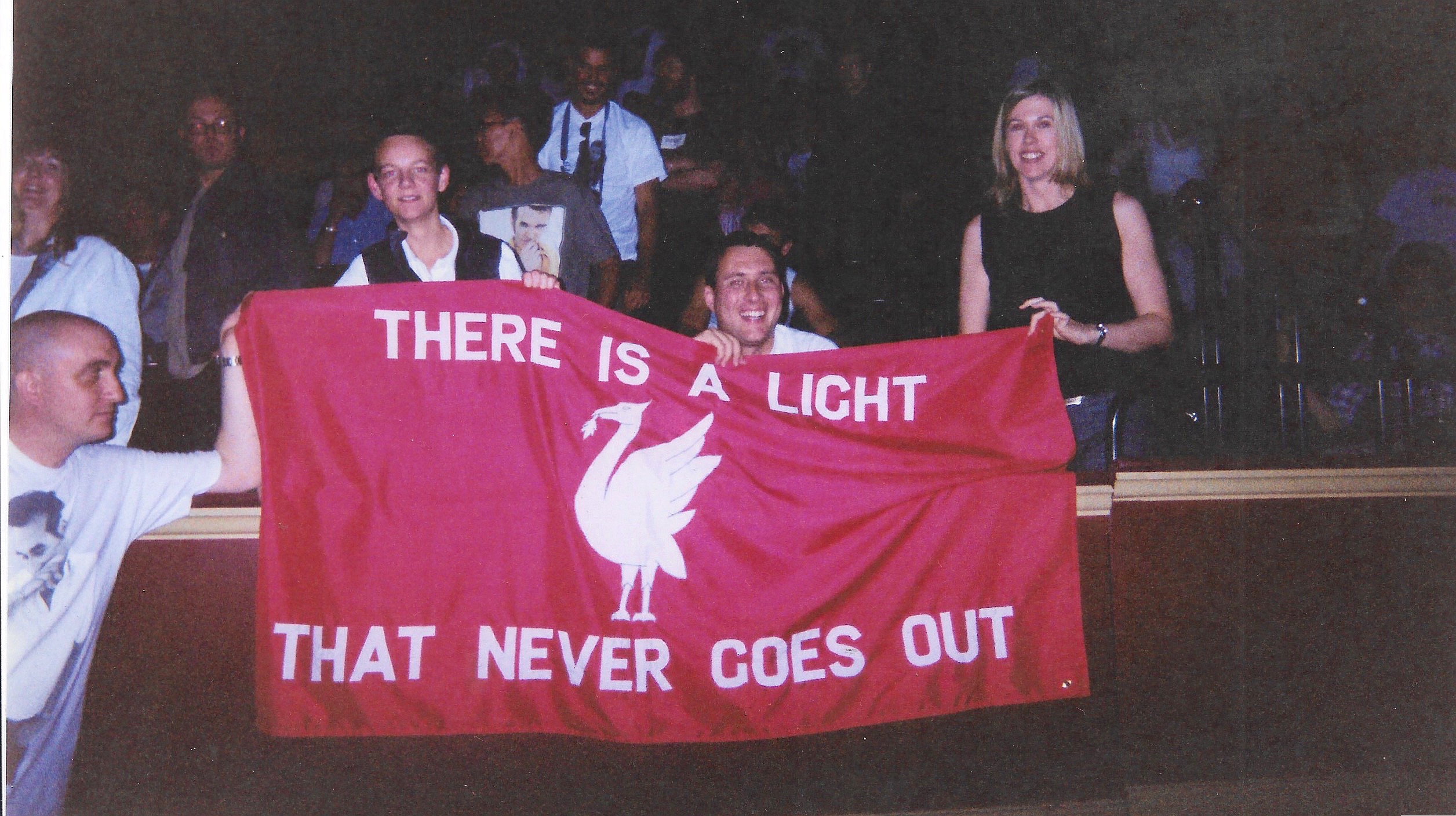 They were two tumultuous nights when the messiah came back to Blighty.

A total of 11000 fans watched him over consecutive midweek nights.

He had no record deal and no promotion – other than a half-page advert in NME.

Out-of-fashion and out-of-time, the then 43-year-old had decamped to live in Los Angeles.

He had not played a concert in the UK for three years.

I can’t begin to explain my utter delirium on the train from Liverpool to London that Tuesday.

The excitement of seeing someone in a Smiths or Morrissey teeshirt on the Tube. And the giddy anticipation of seeing the ‘outsider’s outsider’ once again.

One fan bumped into Bernard Butler of ex-Suede fame and accidentally addressed him as ‘Brett’.

Dermot O”Leary was supping in the bar, David Baddiel was in attendance. “I can’t imagine either attending a Morrissey gig today,” joked one Morrissey fan on Twitter this week.

The person I was most delighted to stumble across in the crowded corridors was artist Linder Sterling. The long-time Morrissey aide took a photo of me and pal Ian with our new Liverpool FC flag emblazoned with ‘There Is A Light That Never Goes Out’.

Years later I met Linder again and she said the photo of us with the flag hangs on her wall.

The football-style Morrissey chants started about half an hour before he came on stage. And when Moz did enter the fray the noise was insane.

On both nights he opened with The Smiths song  ‘I Want The One I Can’t Have’ followed by ‘Hairdresser on Fire’ – which was a stunning way to start.

We had standing tickets. Bar a few forays to the front, I just danced and sung my life away at the rear of the stalls.

I just loved these two nights. They would be in my Top Ten Morrissey Shows of the last thirty years.

Sometimes everything just comes together – the occasion, the setlist, the people, the venue, and Morrissey on belting form.

The presence of four songs from his 1988 solo album ‘Viva Hate’ added fuel to the frenzy.

He tried new songs including ‘The First of The Gang to Die’ and ‘Irish Blood English Heart’.

I wasn’t the only one with a flag those two nights.

Fan Paul Thomas was in awe of another new track ‘Mexico’ after hearing Morrissey play it during a Janice Long BBC 2 session.

“Travelling down to the Royal Albert Hall gigs I just had a hunch Morrissey would play it. I decided to go to Camden and bought a Mexican flag.

“During the show I got separated from my friend. When Morrissey played ‘Mexico’  I threw the flag on stage and it landed at his feet. Morrissey picked it up and wrapped it around himself for the song.

“Morrissey threw it back into the crowd and there’s a frenzy to catch it. After the show I spot my mate and amazingly he had the flag. Morrissey had inadvertently thrown it straight back it its owner!”

Both nights closed in spectacular fashion with The Smiths classic ‘There Is A Light That Never Goes Out’.

Fan Jürgen Wendelen recalls: “I hitchhiked down from Liverpool to London. I scored a ticket outside for £10. What a glorious occasion. I crashed in a friend’s hotel room. Them days…”

The media response to the two gigs was very positive. Sean O’Hagan wrote a great piece in The Guardian.

The two glorious nights at the Royal Albert Hall propelled Morrissey back into public consciousness.

Two years later he would release the epic album ‘You Are The Quarry’.

In 2004 Morrissey was suddenly the darling of British pop – the cream of the crop – for about 15 minutes at least.

Two decades on Morrissey is on the eve of another tour and another return from exile.

He has not played on British shores since March 2020. Exactly like in 2002, he is without a record deal.

It’s autumn 2022 – are we on the verge of another Morrissey insurrection?